We are delighted to announce the release of 4.6.1 of Time Navigator (TiNa). This version includes major enhancements including:

DOUBLING of the backup catalog to 1 TB

From ATN 4.6.1 the maximum catalog size has been increased to 1 TB.

The catalog can automatically expand to this new size. There is consequently less need to split the catalog and/or library 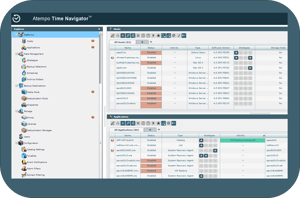 The new Admin “App” runs the Web Administration in an encapsulated interface.  This avoids the need to install Flash to access the Web User Interface through a browser for Windows & macOS.

This can be accessed via a shortcut in the Windows menu.

Cleaning up the deduplication storage when a single VM has been removed is now possible via command line.  The new tina_storage_ctrl lets administrators remove instances by pool, application or individual object.